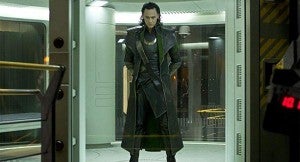 Just when you thought everyone on the planet liked The Avengers, there emerges a group that aren't big fans of the movie…or at least one line in the movie. A scene that has been drawing big laughs in the theater has made one group very angry. Here is the controversial scene. Thor: He is of Asgard and he is my brother! Black Widow: He killed 80 people in 2 days. Thor: He's adopted. When the movie first came out, some adoptees were offended, and there was even an online petition started to ask Marvel Comics to apologize. While protests around movies happen all the time, they usually fade away quickly as the movie leaves theaters. However, in the case of The Avengers, it is still going strong in theaters, so the outrage appears to be growing even stronger. In a New York Times article, an adult adoptee writes about how she was so offended by the line that she walked out of the theater. The author of an article in the Washington Times labels it as the Avengers attacking adopted children and calls the joke mean and unfunny. The joke is generating quite a bit of debate online. While some have interpreted the line as portraying adoptees in a negative light, others have argued that the line is being misinterpreted. The defenders of the line point out that Thor is not trying to say adopted people are evil, but rather he is just trying to distance himself from Loki. If Thor had been the adopted brother, he would have replied "I'm adopted."