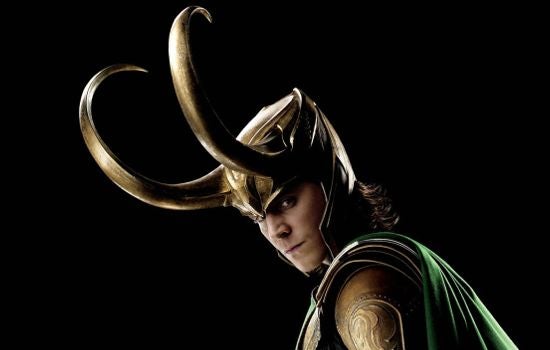 Were there any easter eggs in The Avengers? While there doesn't appear to have been anything obvious like Spider-Man swinging by or someone with a Hank Pym name tag, there are some references that are being interpreted as Avengers easter eggs. Here are some of the ones that are circulating online. Ant-Man Tease – With rumors that an Ant-Man movie could be announced very soon, everyone was looking for some type of Ant-Man reference in The Avengers. While there don't appear to be any for certain Ant-Man easter eggs, some people are counting two references to an ant as a possible tease. When Nick Fury tells Loki that they have no quarrel with him, Loki replies, "An ant has no quarrel with a boot." Later, when Loki is trapped in a steel and glass cage aboard the Helicarrier, Nick Fury refers to Loki as an "ant" and the button that would drop him thirty thousand feet from the Helicarrier as a "boot." Other Movie Easter Eggs – While not Marvel Comics easter eggs, there are a number of references to other movies that some are considering to be easter eggs. Henry Dean Stanton appears in a scene where he asks the Hulk if he is an alien, and of course one of Stanton's most famous roles was in the seventies movie Alien. Tony Stark refers to Thor as Point Break, which starred a long-haired blonde Patrick Swayze. Keeping with calling others by movie names, Tony Stark also refers to Loki as "Reindeer Games," which was a Ben Affleck movie. To change it up a little for Hawkeye, Tony Stark refers to him as the character Legolas (from Lord Of The Rings). When Captain America gets the "flying monkeys" reference, it's because the reference is to Wizard of Oz, which would have been out before he was frozen during World War II. Life Model Decoy Easter Egg – When Agent Coulson tries to call Tony Stark on the phone, Stark claims Coulson is talking to a Life Model Decoy. While viewers unfamiliar with the comics, probably thought this was just something clever that Robert Downey Jr. came up with, Life Model Decoys are a part of the S.H.I.E.L.D. story in Marvel Comics. Life Model Decoys are robots that take the form of a living person. Odin's Ravens Easter Egg - In the scene where Loki and Thor are on the cliff, there are two ravens shown. These are likely Huginn and Muninn, Odin's ravens. Odin is the father of Loki and Thor, and he sometimes uses his ravens to keep an eye on his sons while they are on Earth. Thanos Easter Egg – While not really something that was hidden, some people are referring to the in the credits scene with Thanos as an easter egg. In specific, when the other alien tells Thanos that to attack the earth would be to "court death," many consider this a clever wordplay easter egg, because in the comic books Thanos fell in love with the mistress "Death." Anyone have any more Avengers movie easter eggs to add to the list?