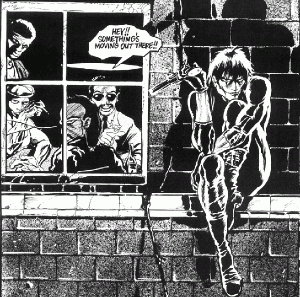 Tom Hiddleston, who plays Loki in the Marvel Cinematic Universe movies including Thor, Marvel's The Avengers and Thor: The Dark World, is reportedly in talks to head up Relativity Media's reboot of James O'Barr's The Crow. According to The Wrap, Hiddleston recently had dinner with producers and sent them a makeup test that he did on his own in London. The star is expected to undergo a formal makeup test with studio reps in the near future. Based on O'Barr's acclaimed indie comic (for which he's currently developing sequels at IDW Publishing), the story of Eric Draven, who returns from the dead with supernatural powers to avenge his own murder, was adapted in 1994 in a feature film starring Brandon Lee, who died during production. The film went on to be a success, spawning a series of direct-to-video sequels, with diminishing critical and financial success. Hiddleston is the second major comic book movie star recently attached to The Crow, with X-Men: First Class star James McAvoy rumored to have  been in talks back in February.

Avengers Star in Talks For The Crow Reboot