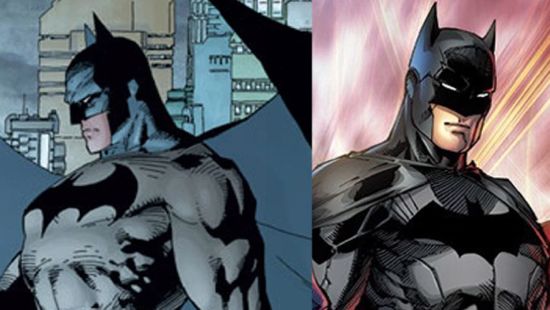 After Kevin Smith hosted the Man Of Steel fan chat on Saturday, director Zack Snyder rewarded Smith with a sneak peek at a photo of Ben Affleck in the Batman costume. Having experienced such a momentous viewing, Smith couldn't keep it to himself and shared some details during a Hollywood Babble-On show with Ralph Garman at The Improv in Brea, California. Smith said, "You have not seen this costume in a movie on film before. It is…and for a comic book fan it was mindbending. I was like get the **** out of here. Only you have enough power to pull this off, man, because everyone always does this ****ing matrixy kind of slash X-men black armor thing. There wasn't a single nipple on this ****ing suit, man." When Kevin Smith uploaded the show as a podcast, he tried to be all sneaky and bleep out the artist name that he said could draw what the new Batman suit looked like. However, one of our readers in the comment section to our article about Smith's comments revealed that an audience member  in attendance at the live show revealed that the artist that Kevin Smith referenced was Jim Lee. Of course, Jim Lee has drawn a couple different looks for Batman over the years. He drew the New 52 Batman, which is a black and grey suit. He's also drawn a classic blue and grey costume design in the past. Whether the cape and cowl will be blue or black is still up in the air, but it definitely sounds like Batman will have a grey suit instead of a black suit. Batman Vs. Superman is scheduled to be released in movie theaters on July 17, 2015.