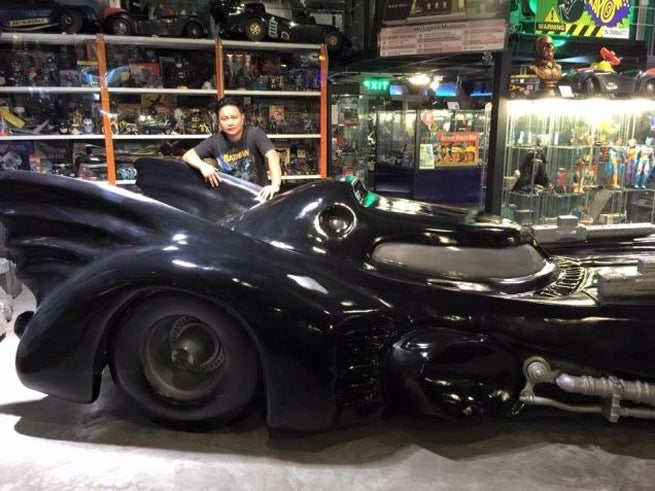 Think your collection of Batman merchandise and memorabilia is impressive? Prepare to be humbled.

Somchai Nitimongkolchai owns the biggest Batman collection in Thailand, and possible the world. He began collecting after seeing Batman Begins ten years ago, and now he house his massive collection is housed in his BatCat Museum.

Here's a video segment of his Batman collection – as well as some other collectibles – being featured on Thai television (via Coconuts Bangkok):

You can also see some more photos from the BatCat museum Facebook page in the gallery below.

Batman Fan Has The Largest Collection In Thailand