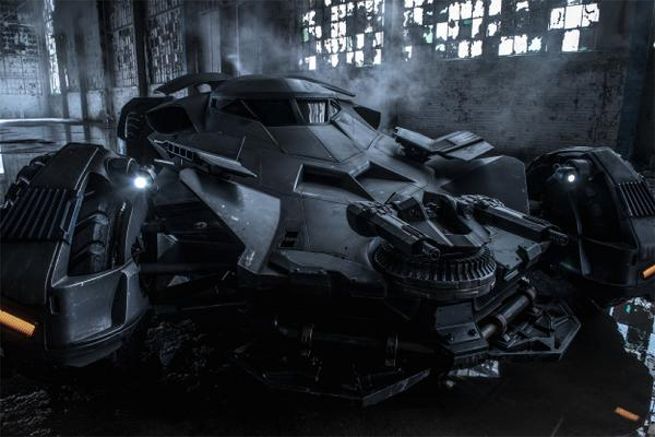 The new Batmobile was unveiled during a licensing expo this week in Las Vegas, where attendees could get up close and personal with the Batmobile before it hits the big screen. Additionally, Warner Bros. also revealed another public showing of Batman, Superman, and Wonder Woman's costumes from Dawn of Justice. They were first publicly unveiled at a DC Entertainment exhibition earlier this year.

You can check out the showfloor photos below. 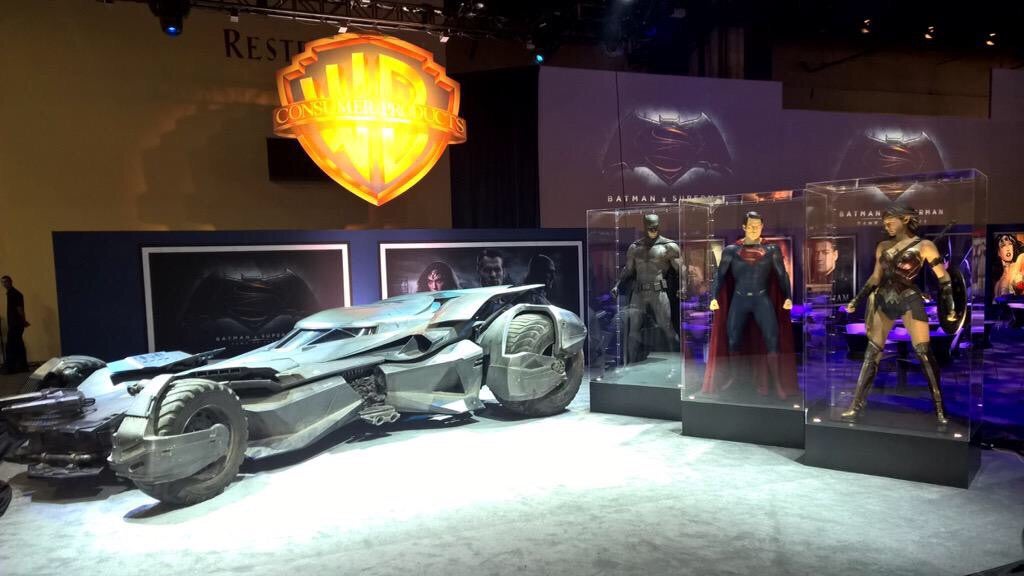 Additionally, Warner Bros. released official images and stats on the Batmobile. From a closer look at the car's cockpit, we can see that will be outfitted with tons of armaments, defense mechanisms, and--of course--shiny buttons. You can view those images in the gallery below

Single-handedly designed and fabricated in near complete seclusion by The Batman, this infamous pursuit and capture vehicle has earned its reputation as the apex predator on the mean streets of Gotham City. Over powered with an unmatched hybrid of prototype military and civilian performance technologies, this top machine has been estimated to reach speeds of up to 205 MPH. The Batmobile's imposing defense capabilities, supported by stolen Wayne Industries technologies, have been integrated with the latest in covert military grade armaments, stealth and active protection systems.