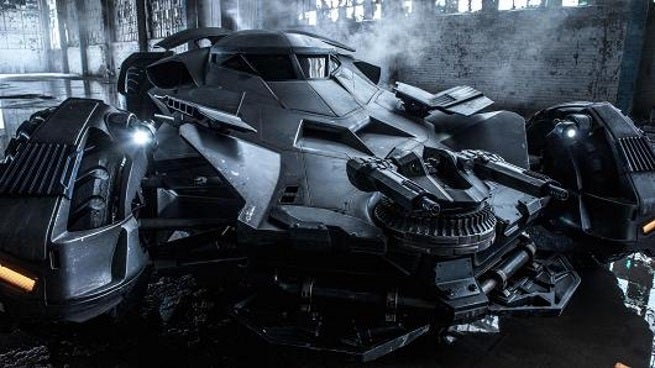 It's apparently a pretty good thing that Bruce Wayne was born one of the wealthy elite, because that ride of his doesn't come cheap. As reported by CNBC, the Batmobile revealed by Batman v. Superman: Dawn of Justice director Zack Snyder is estimated to cost $9 million if it were built for the real world.

The latest film version of the Batmobile is compared to M1 Abrams tank, which costs $6 million for the U.S. Army, by comparison.

The estimated cost comes from Ryan Friedlinghaus of West Coast Customs, and formerly of Pimp My Ride, who built a real world model of the Batmobile seen in the upcoming videogame Batman: Arkham Knight for Warner Bros. to display at this year Electronic Entertainment Expo.

That static Batmobile model cost $1 million to create, and Friedlinghaus says the price would have gone up to $3 million if it had been a working model. To make a battle ready Batmobile, the price goes much higher.

"If a defense company was to make a vehicle like that, you've got to make it bulletproof, there are so many other pieces to it, then to make it look pretty and move around and drive, I mean, this thing has to go into war, I would say triple that," Friedlinghaus says.

Of course, Friedlinghaus is just estimated based on the one image released on Twitter by Snyder. Representatives from actual military contractors Oshkosh and Textron each decline to give a specific estimate because there are simply too many unknown variables in the vehicles design.