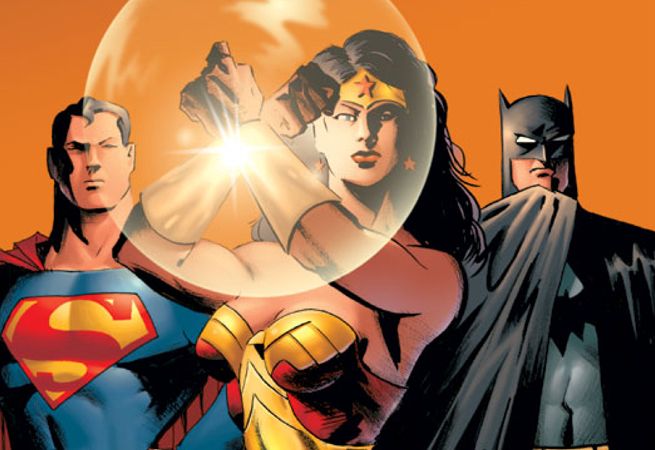 Batman V. Superman: Dawn of Justice cinematographer Larry Fong tweeted a couple photos of Enos doing some behind the scenes photos on a set draped in black cloth. Enos retweeted the photos and replied, "What a fun, historic day. Thanks to everyone involved."

Then, Fong added, "Not gonna lie; I got a bit of the chills there for a second."

So what could possibly be historic and cause chills? Well, since photos have already been released of both Batman and Superman, there are likely only a couple possibilities. It could be the first photos of Gal Gadot in costume as Wonder Woman, which would certainly be historic. It could also have been the first photos of the Batman, Superman, and Wonder Woman together.

Unfortunately, for those dreaming of a Comic-Con reveal of the trinity, it doesn't sound like that is in the cards. When asked if fans could expect to see the photos in a couple of weeks, Enos warned, "Weeks!? We've just started filming this thing. I'm as excited as the next guy, but my stuff won't be seen for quite some time."

When asked if the trinity might appear on EW's Comic Con issue, Enos replied, "Maybe in 2015. Usually that stuff is made towards to end of filming or just after wrap."