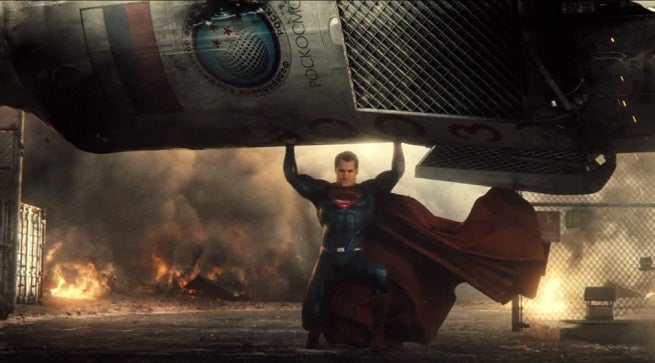 The Batman V Superman: Dawn of Justice trailer was much different than most people had been expecting, addressing the concerns about Man of Steel and presenting a conversation about the philosophical ramifications of Superman more than actually showing off fights and explosions.

But a quieter tone didn't mean a lack of excitement. This remains the first time the vast majority of people have seen Batman and Superman share the screen in live-action, after all, and while the philosophical fallout from first contact with Krypton may not be a action-packed, it's an interesting take on the "drop a building on their head" genre of superhero action.

Superman looking pretty massive, while holding a Russian rocket aloft in an area ringed with fire is just a great visual. The difference in his costume plays well here, as the visibility of the belt makes the costume pop a bit, too. 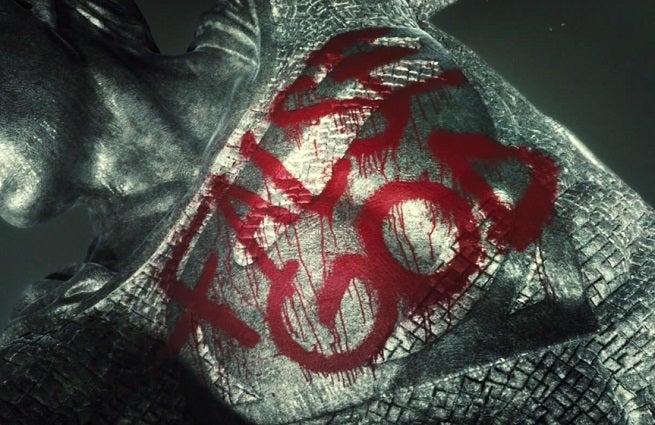 This one is what the whole first half of the trailer was building toward -- a crowd chanting "go home" as it's revealed that a statue erected in Superman's honor has been defaced. It's a quiet moment that lacks the action-movie "hell yeah" of some of these other points, but it's the crux of the entire trailer, and there are a lot of viewers who, after two years of criticizing Man of Steel, will be pleased to see some of their concerns addressed in the follow-up.

Interestingly, probably the character who we learn the most about in this trailer is Alfred Pennyworth, who comes off as much more introspective about these things than anybody else talking.

It's interesting -- and likely will play a big role in the story -- that Batman's "father" seems to be taking Superman's side in the controversy around his role in the universe. 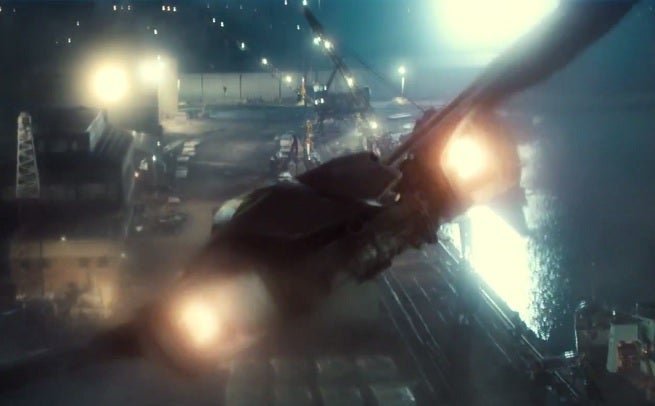 While the trailer is mostly quiet setup, we do get a few pieces of action, and one of those moments is the all-new Batmobile driving away from a blaze. Seeing the new car in action is pretty cool, even if we hardcore fans were a little spoiled by seeing set videos of it along the way.

Before that...umm...we're pretty sure that was actually the Batmobile flying, not a traditional plane. Or at least it's a plane that is likely Batman's, since it has the same insect-wing structure atop it that seems to be on the back of the Batmobile. 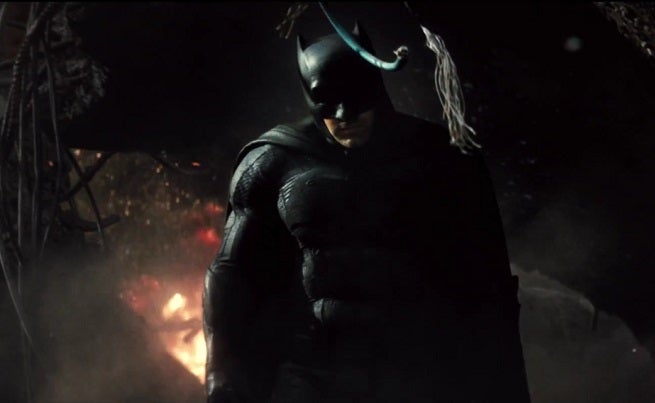 I just can't get into the The Dark Knight Returns armor at the end of the trailer -- although it does make sense story-wise, from what little we know. That said, that first look at Affleck's Batman in action in his "standard" costume absolutely made me sit up and take notice.

I still think he looks good, and still kind of wish that the collective wail of the fans had been quiet enough that they could have held off on a full reveal until this first trailer...although given we've already seen Aquaman and Wonder Woman, who have much smaller roles, it's unlikely that would actually have happened anyway. 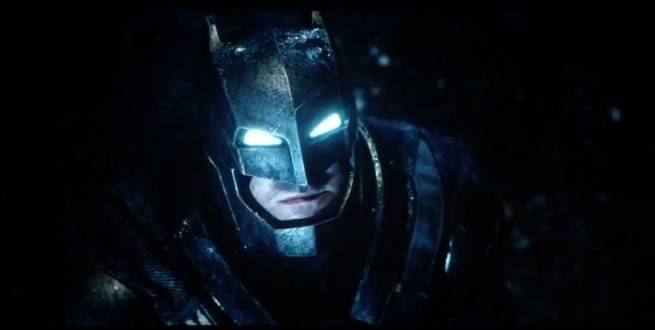 Many fans have already seen this, since the footage was screened at Comic Con International: San Diego last year and leaked online in poor quality.

Yes, the "Do you bleed?" thing won't work for everybody, although if Batman were saying that to a villain instead of a hero, fans would have pegged that '80s action movie line as the runaway favorite moment of the trailer.

And, like I said, the armor Batman isn't for everybody (neither is the voice modulator, although it didn't bother me), but the fact that this is the first time these two titans have appeared onscreen together makes it a huge moment for longtime fans.