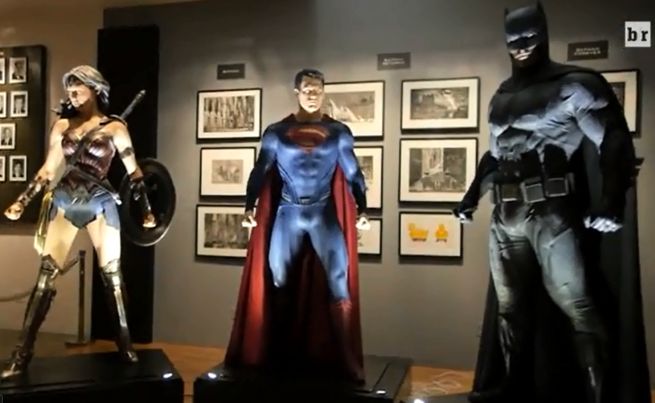 The Batmobile was revealed in a new video featuring the LA Clippers' DeAndre Jordan, but the video also featured a new, up close look at the costumes for Batman, Wonder Woman, and Superman in the movie.

You may notice that Wonder Woman's costume seems to have gotten an added splash of color since it was first revealed. Initially a tan-brown that drew comparisons to Xena, the suit now has a blue skirt and what looks like a maroon top.

Superman looks about as we expected, but the video goes in-depth on Batman's Frank Miller inspired suit, noting that the Dark Knight is significantly taller than the Man of Steel, and is sporting battle-scars and reinforced knuckles. Check out screencaps in the gallery below.