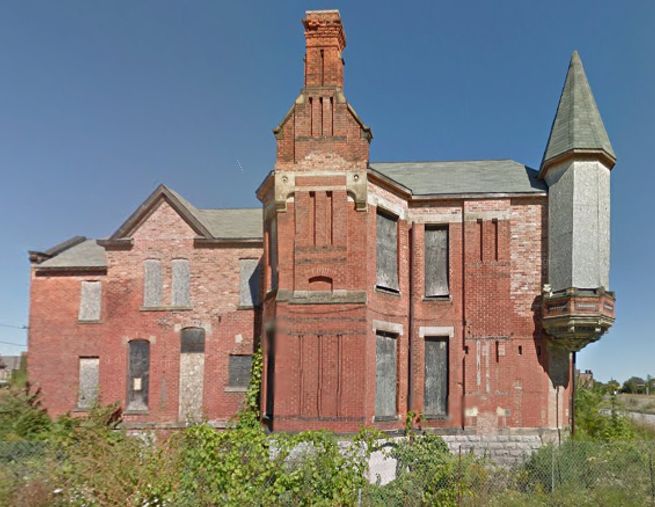 Batman V. Superman: Dawn of Justice is currently shooting at the historic Ransom Gillis House on Alfred Street in Detroit Michigan, which is leading to much speculation that that house could be Wayne Manor in the film.

As you can tell from the image above from Google Maps, the Ransom Gillis House is an abandoned mansion. Of course, the house could always be cleaned up in post-production with CGI to make it look all shiny and new. Still, the mansion is a bit smaller than past big screen versions of Wayne Manor, so it could be that it's just being used as a creepy old house in the film. Another possible theory is that Bruce Wayne abandoned Wayne Manor after his parents' deaths, and he lives somewhere else now. Ironically, the house really is located on Alfred Street.

Batman-News.com has some photos of the Batman V. Superman crew setting up for filming at the Ransom Gillis House, which shows they haven't exactly fixed it up for whatever scene they are shooting. A Instagram user has also uploaded some video of Gotham City Police arriving at the house, which suggests there might be some type of confrontation or crime that occurs at the house.