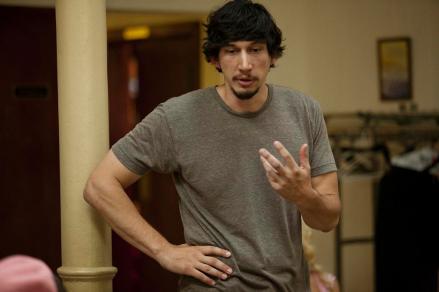 If Dick Grayson is indeed set to appear in Batman vs. Superman, rumor now has it that he could be played by Adam Driver, best known for his role on HBO's Girls. That's what The Wrap says, anyway, and they're not ones to peddle idle gossip most of the time. If they've got it, it seems fairly likely that he's testing for a role, and that could certainly be Dick Grayson. Of course, at his age, he could also be playing Bruce Wayne in flashbacks. Or Jimmy Olsen. The site is pretty sure on Nightwing, though, agreeing with earlier reports that Grayson will be estranged from his former mentor in the film. They also report that "at least two other actors" may be in the mix to play Grayson. It's not clear whether Nightwing would ever suit up in the movie. Most credible rumors suggest that Diana Prince--not Wonder Woman per se, will appear in the movie, so there's a distinct possibility that other DC Universe characters popping up onscreen wouldn't necessarily do so in costume.