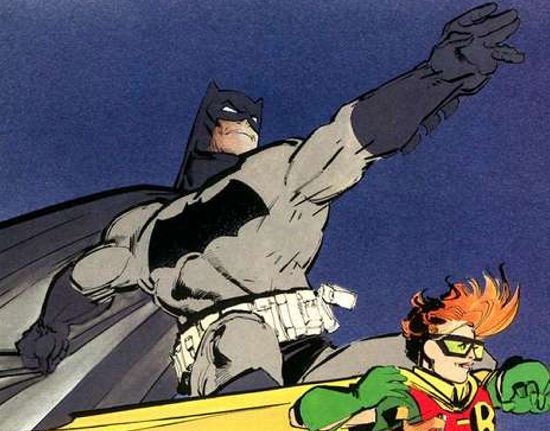 Last year, Batman Vs. Superman director Zack Snyder gave fanboy Kevin Smith an early sneak peek at Ben Affleck in the new Batman suit, which Smith raved about online. Now, that Sndyer has released the first photo of Ben Affleck's Batman and the new Batmobile to the world, Smith has teased the possibility that there could be multiple Batsuits and Batmobiles in the film. "As you may remember, I saw a photo of the Batsuit many months ago, and many people asked online, 'Is that the picture you saw?' No, that is a very cool picture, but that is not the picture I saw," said Smith on Hollywood Babble-On. In describing the photo he saw, Smith said, "They put it on a fake rooftop, and they lit it up. But it was in color, and you could see every piece of detail. So I've seen some people online go, 'Why is this f***ing suit any different than the Chris Nolan Batsuit, it's all one f***ing color.' It's like, 'Dude, that's a monochrome photo. You know what that means, one chrome." "That's not a representation of what the suit looks like," continued Smith. "So what the suit looks like, and I was always kind of keeping it quiet until they revealed it, but they've revealed it. And you can kind of see, and anybody that…you've seen some people take the picture and color it online. If you want to see what this f***ing suit looks like, you just go to Frank Miller's The Dark Knight Returns, go to the third book, Hunt the Dark Knight...it's the exact f***ing outfit he's wearing. That's why I hugged that guy all those months ago." When Smiths's co-host Ralph Garman complained that the Batmobile looked like the Tumbler from the Christopher Nolan Batman films, Smith teased, "I will put this to you. What if it's one of a few Batmobiles? What if that's one of a few outfits in the movie? I suspect that's the case."