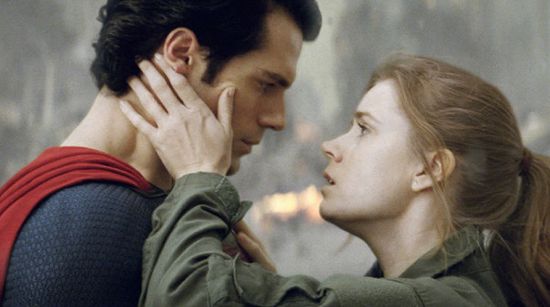 During an appearance on the Jimmy Kimmel Show on Tuesday night, actress Amy Adams talked very briefly about Batman Vs. Superman. While Adams kept quiet on any possible plot details, she did reveal two nuggets of information. When Kimmel asked Adams when she would start working on Batman Vs. Superman, Amy Adams replied, "Very soon."  Adams quickly added, "Yes, but I cannot tell you anything." However, Adams did reveal one more thing. When Kimmel asked if she had read the script yet, Adams said, "I just read the script." But when Kimmel tried to pry for more information, Adams said, "I don't know anything." Kimmel then joked, "I don't know if I should say this, but Ben Affleck has asked me to play Robin." As the audience applauded, Kimmel added, "It's not a big part." Adams agreed with the audience, "I think you would be great. Are you willing to put on some tights?" Kimmel quipped, "It's about time there was an old, fat Robin." Batman Vs. Superman is scheduled to be released in movie theaters on July 17, 2015.