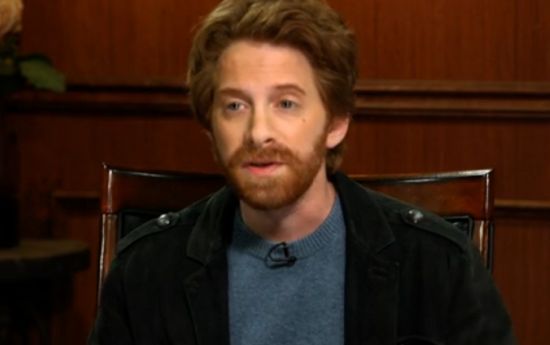 When Warner Bros. announced Ben Affleck had been cast as Batman in Batman Vs. Superman, the Internet went crazy and many fans expressed their outrage. However, most celebrities rallied around Affleck and voiced their support of his casting. In fact, I can't recall a single celebrity that spoke out against Affleck playing Batman. That is until now. Comedian and actor Seth Green doesn't agree with Affleck being cast as Batman. In an interview on Ora TV's Larry King Now, Green spoke out about why he feels Affleck is all wrong for the role of Batman. "I think comic book fans have gotten use to the idea that modern mainstream is accepting of interpretations of these characters with more gravitas," said Green. "You know, we're past the time of Adam West's kind of goofy interpretation of Batman." Using Michael Keaton's Batman as an example, Green said, "You've got to remember that at the core of that character, Batman's a crazy person. Batman has no powers. Batman is a rich, screwed up kid whose parents were killed in front of him. Who with his money and his insanity decided to become a vigilante symbol to combat darkness." Green explained that Christian Bale fit that role perfectly, but he didn't feel Affleck was a good fit for a Batman Vs. Superman movie. Green said that Batman and Superman always butted heads in the Justice League, because Superman wouldn't ever kill people, and Batman does what he needs to do. "If this movie is meant to be the idealistic alien, humans before all else Superman, and this is supposed to be the grizzled weathered Batman who's been living in Gotham, fighting crime himself for 10 years, you need a guy who's older. You need a guy who's got more weight. You need a guy that a Henry Cavill Superman is gonna be actually scared of," explained Green. "You have to remember that Batman is just a dude. He's got no powers. So the fact that Superman is scared of him says something about the gravitas he carries. And it's not just because he's willing to kill. It's because he's scary," continued Green. When King defended Affleck as an actor, Green countered, "Yes, but there is only so much you can act a role before people are or are not going to believe you in that role. I'm never going to play a MMA fighter, because I'd step into the ring with an actual MMA fighter like Batista, and I wouldn't look correct, so there is a physicality of it." Batman Vs. Superman is scheduled to be released in movie theaters on May 6, 2016.

Batman Vs. Superman: Seth Green Speaks Out Against Ben Affleck As Batman