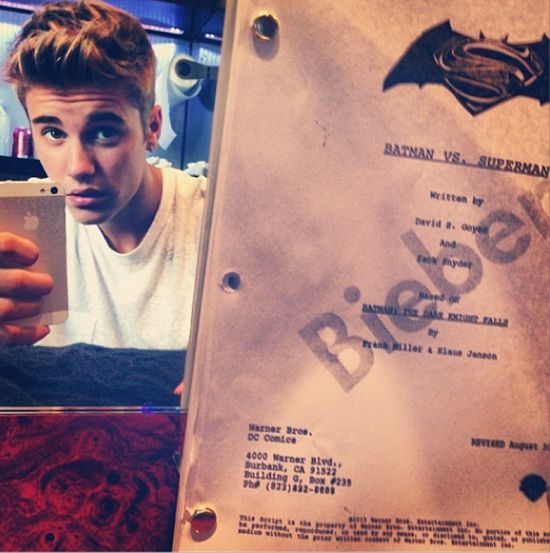 Batman Vs. Superman isn't scheduled to arrive in theaters until July 17, 2015, but rumors about the film are already flying hot and heavy. While all these rumors are unconfirmed, some could very well be true, as Batman Vs. Superman writer David S. Goyer recently revealed that they were farther along in Batman Vs. Superman than most people realized. In fact, the first scene for Batman Vs. Superman is shooting at a college football game this weekend. Here are the five craziest Batman Vs. Superman rumors that have made the rounds. 5. Bryan Cranston Cast As Lex Luthor – While there was little to back up this rumor, it exploded like wildfire with many reputable news sites picking it up as fact. While the verdict is still out on if Cranston will be playing Lex Luthor, it's certainly starting to look like this rumor was false. Cranston recently wrapped up his work on Breaking Bad, and he's started to take on other projects with no official announcement being made about him having anything to do with Batman Vs. Superman. 4. Wonder Woman Will Appear – When Warner Bros. put out a casting call looking for a tall actress possessing physicality, it's not difficult to figure out why rumors started that they were looking for Wonder Woman. However, it would seem unlikely that Warner Bros. would add Wonder Woman to a movie that just has Superman and Batman in the title. If Wonder Woman were going to be included, then why wouldn't they just go ahead and make it a Justice League movie? 3. Justin Bieber Will Play Robin – As absurd as this rumor sounds, give Bieber credit for legitimately fooling many fans and many in the press with a rather convincing fake script. When Bieber posted a selfie of himself holding a Batman Vs. Superman script and hinted that he was up for the Robin role, the Internet exploded in an outrage not seen since….well, since Ben Affleck was cast for real as Batman. Thankfully, this rumor turned out just to be a Bieber prank. 2. Larry David Will Play Mr. Mxyzptlk – While Larry David would probably actually make for an interesting choice to play Mr. Mxyzptlk, the very idea of Mr. Mxyzptlk being in Batman Vs. Superman seems ludicrous. With Man of Steel, director Zack Snyder created a very real world tone for Superman, and Mr. Mxyzptlk would be going in the opposite direction. 1. William Shatner Will Play Alfred – When Ben Affleck was announced as Batman, Shatner jokingly tweeted at Affleck to let him know if he needed an Alfred. Fox Business picked up on the buzz from Shatner's tweet and told the actor that they thought it would be brilliant casting. Shatner agreed and said that he would certainly be open to negotiating for the role if he were approached. For now, it's likely that Shatner as Alfred is just wishful thinking on the actor's part, but you never know.