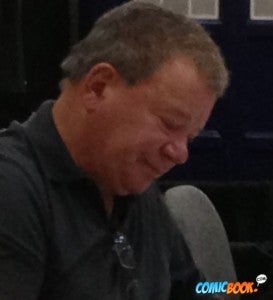 Back when Ben Affleck was announced as the new Batman, Star Trek's William Shatner offered words of encouragement, as well as making a pitch for a role in the film. Shatner tweeted, "Congratulations! If you need an Alfred let me know! ; -)" Comicbook.com reported on Shatner's comments, suggesting that he was making a joke. In a report on FOX Business, Neil Cavuto asked Williams Shatner about rumors that he was interested in playing Alfred in the new Batman Vs. Superman movie, calling it brilliant casting. While Shatner appears to have forgotten that he made the original tweet that started the rumor in the first place, he also seems to be seriously interested in the role if director Zack Sndyer comes calling. "I heard somebody said that I wanted [to be Alfred]," said Shatner. "Well, why not?" When Cavuto followed up by asking if Shatner would be open to being cast as Alfred, Shatner answered, "Well, we would certainly try to negotiate that."

Watch the latest video at video.foxbusiness.com