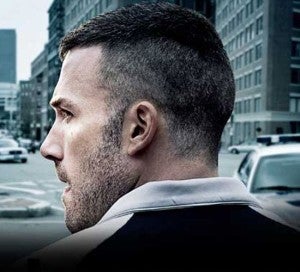 When Adam West played Batman in the sixties television series, he stood around 6 foot 2 inches tall and weighed around 200 pounds. In the comics, Batman is often described as 6 foot 2 inches, weighing around 210 pounds, so West hit the size mark pretty close. When Warner Bros. announced that Michael Keaton was playing Batman in Tim Burton's 1989 Batman movie, fans were upset because they felt Keaton was too small to play Batman. Keaton was 5 feet 10 inches tall and weighed around 160 pounds. While Keaton eventually won over most fans with his performance, there are still fans today that complain the actor never truly looked the part of Batman. When Batman was recast as Val Kilmer in Batman Forever, fans got their wish for a bigger Batman. Val Kilmer stood around 6 feet tall and weighed in around 180 pounds as Batman. When Batman was recast as George Clooney in Batman & Robin, Batman stayed around the same size. Clooney is also around 6 feet tall, weighing in the 180 pounds range. When Christian Bale played Batman in Christopher Nolan's Dark Knight trilogy, he sported a similar height and weight to Kilmer and Clooney. Bale is around 6 feet tall, and he weighed in around 190 pounds when he first appeared in Batman Begins. To Bale's credit, he also got in shape physically and appeared to have a more muscular build than previous Batman actors. Depending on source, Ben Affleck's height is listed as being between 6 foot 2 inches and 6 foot 4 inches. For the first time ever, fans will actually have a movie Batman, who is actually taller than Batman in the comics. Ben Affleck is also said to weigh in the 195 to 200 pounds range, so with a little bulking up, he could likely hit Batman's ideal weight of 210 pounds. While Ben Affleck might be a controversial casting choice for Batman based on some of his past movie roles, he should actually wind up physically looking the part of Batman more than any other movie actor to ever play the role.

Marvel Confirms Namor Will Recover From THAT Injury in Black Panther: Wakanda Forever

Ant-Man and the Wasp: Quantumania Director Is Already Planning Ant-Man 4

Ant-Man Star Teases Their MCU Return — As a New Character