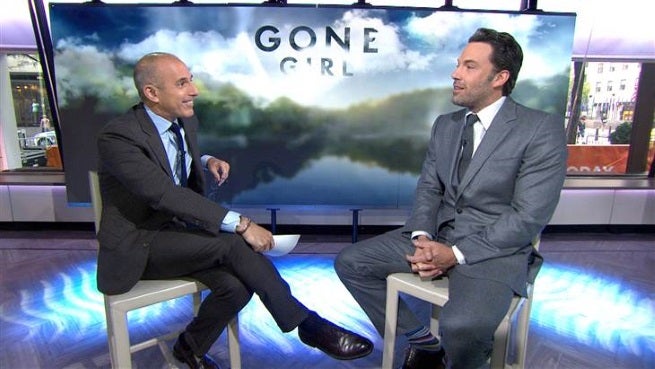 Ben Affleck appeared on The Today Show to promote his new film, Gone Girl. Of course, Matt Lauer couldn't let Batman sit across from him with sneaking in a question or two about Batman v. Superman: Dawn of Justice.

Affleck says that the filmmakers conceived of Batman v. Superman: Dawn of Justice in a new and interesting way, though he stopped short of actually describing what that means, making the usual superhero film joke about the studio busting in and shutting the interview down.

Affleck also, again, addressed the fan reaction and criticism to his being cast as Batman, more or less shrugging it off by saying "You have all of this attention — some of it's positive, some of it's negative. I think, in the end, you make the movie and it either works or it doesn't."