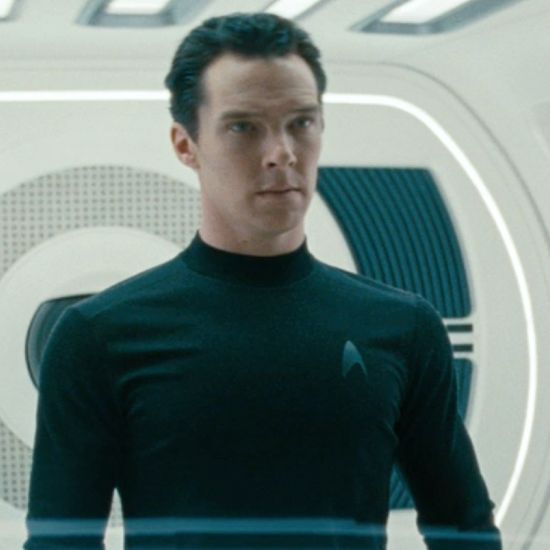 On Wednesday night's CONAN, Benedict Cumberbatch appeared as a guest to talk about his upcoming movie The Hobbit: The Desolation of Smaug. Of course, Conan O'Brien took the opportunity to ask Cumberbatch about a certain other movie that is being directed by J.J. Abrams. Conan asked, "I heard that you very much would like to be in Star Wars and you're lobbying J.J. Is that true?" "Yeah, it started with me with sort of…I just sort of would leave casual messages on his phone as a light saber. I thought he thought he was getting bad cell reception or something," said Cumberbatch. "Then, I even went on a chat show and auditioned for Chewbacca. I sat next to Harrison Ford and did my audition." Cumberbatch went on to explain that Ford looked very traumatized after he did his Chewbacca impression. Star Wars Episode VII is scheduled to be released in movie theaters on December 18, 2015.