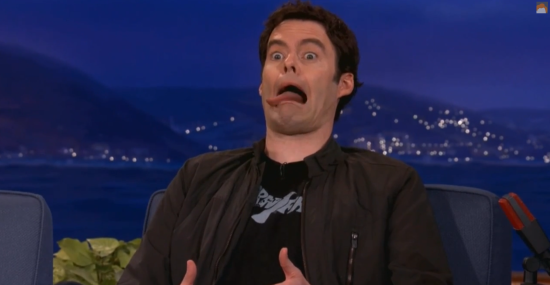 It seems Bill Hader wants a role in J.J. Abrams' new Star Wars film. The actor and comedian told Conan O'Brien that he had cornered the director and told him he could anything that was needed. Hader then demonstrated for Conan, performing as a dying Jabba the Hutt and a dying Tauntaun. "What I'm shocked at," said Conan, "is these are not roles I would think you would pitch yourself for." "I know," replied Hader, "my agent's like 'Really? You want to do the voice of the thing that gets cut open?'" You can check out the whole bit in the clip below.