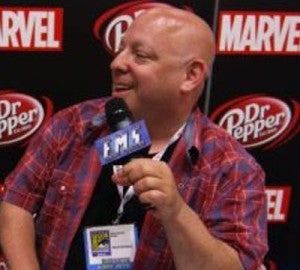 As we've said before, everyone seems to have an opinion on Ben Affleck playing Batman. Comic book writer Brian Michael Bendis is best known for his work at Image Comics and Marvel Comics, but that didn't stop him from weighing in with his thoughts on Ben Affleck playing DC Comics' Batman. On his tumblr, Bendis wrote, "I'd rather see a film directed by Ben Affleck then him as Batman. Against all odds, he reinvented himself as one of our real American filmmakers and it seems like a strange move to now dedicate so much of his life to being Batman. As a friend of mine said yesterday it's like if Clint Eastwood followed up winning all of the Oscars for Unforgiven by starring in Mrs. Doubtfire.  Of course we would all want to see that movie but… : -)" So while Bendis seems to support Affleck as a director, it doesn't sound like he's exactly thrilled with Affleck playing Batman.

Brian Michael Bendis Weighs In On Ben Affleck As Batman

Spider-Man: No Way Home Press Screenings Reportedly Won't Include A Large Part Of The Movie

Dolph Lundgren Thinks Scott Adkins Would Be A Great Punisher