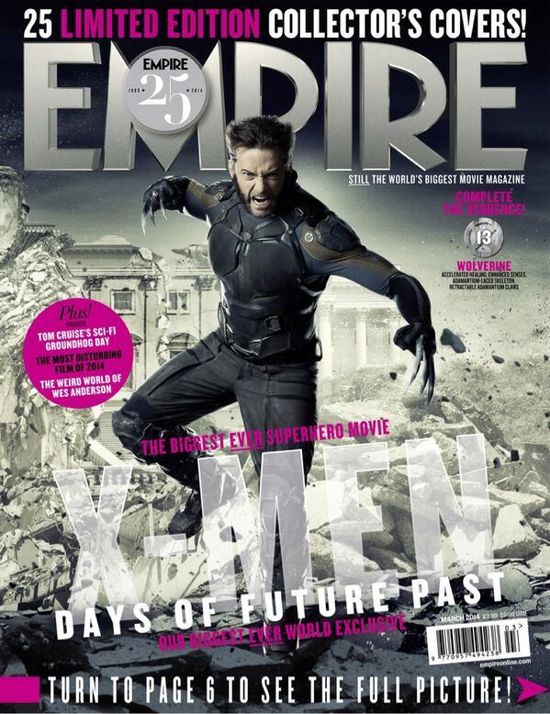 If you haven't seen The Wolverine yet, some spoilers are ahead. If you've been wondering how Wolverine still has his adamantium claws in the future during X-Men: Days of Future Past, then Bryan Singer has a pretty simple explanation for you: Magneto. Singer told Empire Magazine that Magneto could "reconstitute the adamantium claws... [Wolverine] has a different relationship with Magneto, and perhaps Magneto could forge them." It's important to note here that Singer offered this as a possible explanation and not a definitive one, meaning that the issue may not be directly addressed during Days of Future Past. Considering that it's set in the future, it's possible that some other events occurred before the Sentinel dystopia came to be. Magneto helping out Wolverine seems pretty likely though. We know that Magneto can manipulate adamantium based on how easily he handled Wolverine in the original X-Men film (or how he ripped the adamantium right off of Wolverine's bones in the comic book story Fatal Attractions), and, after all, if they're trying to survive against giant mutant-hunting robots, they probably want the guy with metal claws to have his metal claws. In the final battle of The Wolverine, Wolverine had his claws sliced off by The Silver Samurai, but the Empire Magazine cover with future Wolverine on it clearly shows Logan with his trademark sharp and shiny blades protruding from his fists. In X-Men: Days of Future Past, the ultimate X-Men ensemble fights a war for the survival of the species across two time periods. The characters from the original X-Men film trilogy join forces with their younger selves from X-Men: First Class in an epic battle that must change the past – to save our future. X-Men: Days of Future Past is set for theatrical release May 23, 2014.

Bryan Singer Explains How Wolverine Gets His Metal Claws Back In X-Men: Days Of Future Past