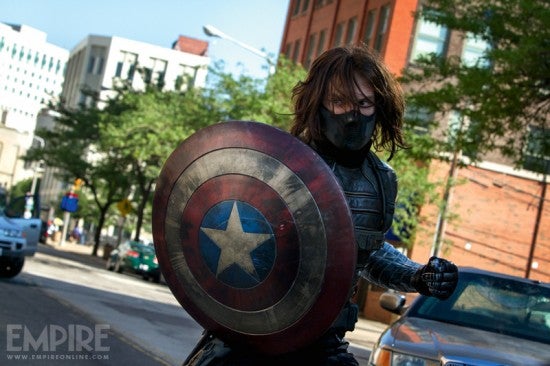 The next major comic book film to hit theaters will be April's Captain America: The Winter Soldier. In a year that will also see Guardians of the Galaxy, The Amazing Spider-Man 2 and a handful of smaller comics movies like 300: Rise of an Empire, Sin City: A Dame to Kill For and this month's I, Frankenstein, the film is also expected to tie more closely into ABC's Agents of S.H.I.E.L.D. than did Thor: The Dark World, kicking off an era of integration between Marvel's TV and movie properties that fans had hoped to see sooner, but will surely be glad to see when it's here. So there are a lot of expectations on this movie--a sequel to Captain America: The First Avenger, the studio's lowest-grossing movie since 2008's The Incredible Hulk. It's also the first of three risker-than-normal movies for Marvel, as it kicks off a year that will also include Guardians and Big Hero 6, neither of which have much in the way of public awareness outside of comics. So what do we want to see? How can this movie capture the attention of audiences and set the stage for a massively successful year at Marvel? Well... 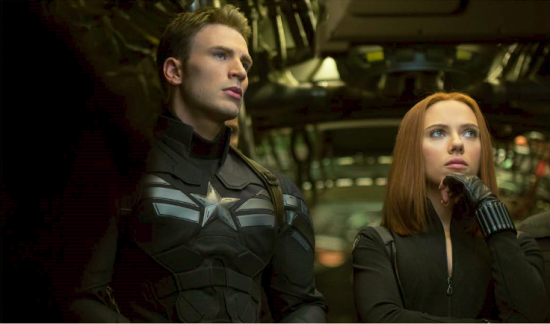 Captain America and Black Widow: Agents of S.H.I.E.L.D. This movie is set in the same world as Marvel's underwhelming Agents of S.H.I.E.L.D. TV series, which has been criticized for not being Marvel-centric enough. The showrunners have hinted several times that they planned to take on more of the Marvel Universe in the TV series, but it might be nice to integrate some of the S.H.I.E.L.D. politics we're seeing on the show into the S.H.I.E.L.D. politics that appear to be going on in the film, with Robert Redford's character Alexander Pierce seemingly attempting a coup of the organization while Samuel L. Jackson's Nick Fury recovers from injuries. This one's almost a gimme; we had a tip that it was going to happen a while back, and people involved with both the movie and the series have hinted that it will happen. Still, it's worth putting on the list because we want to see them do it, and it would be nice to see it done RIGHT. Again, sometimes Agents of S.H.I.E.L.D. can take heat for its lack of focus on the super-spy elements of the organization; fans have said it feels more like CSI: Marvel Universe, and that's a valid observation, if not a valid criticism. Cap and Widow, meanwhile, are super-spies to the core--especially in the Brubaker run on Captain Americathat serves as the basis for this show. Character development, without obsession It's been accurately pointed out that because of The Avengers grabbing up all the Marvel characters for use, Captain America's and Thor's personal development got kind of sidetracked between their first and second films. It was inevitable; with so many characters onscreen, you didn't have time to spend a lot of minutes on Captain America's adjustment to the modern world, or to deal with Thor's relationship (which drove so much of his first film). And they handled it pretty well in Thor: The Dark World. We're hoping for something just as skillful this time out, since Captain America has had something like four years to get used to living in the present day. Yeah, there will still be some growing pains--and we've been told that macro issues like the USA PATRIOT Act, the government's controversial use of drones for war and domestic surveillance, and other things that have changed America's perception of its government since World War II will play a role--but please, please, please don't waste screen time with tacky jokes about Cap's iPhone. We GET it. All told, this should be pretty easy: treat it like a time-jump, where you have to backfill some character development but not make it didactic or dopey, and definitely don't keep hitting us over the head with it for the whole film. Downplay the super in super-soldier Yeah, it's counter-intuitive, in a movie where you've got Bucky with the cyborg arms and Falcon flying around, to say that the guy at the heart of the movie--the one you want fans to think is the coolest guy in the room--should get less attention paid on his powers. But it's key to differentiating this movie from the rest of the Marvel fare, and to raising the stakes. Man of Steel succeeded at setting power levels--this person is more powerful than X, this person can do Y--and that's going to be important here. You've got Widow and Falcon, who are basically normal people but with a lot of training and gear. You've got Cap, who has cooler gear and better training AND the serum. You also need to take into account that Bucky is crazy-enhanced and that maybe, just maybe, having a team behind Cap is a good thing here. Don't try to make him Thor just to justify him winning the fight, is all we're saying. 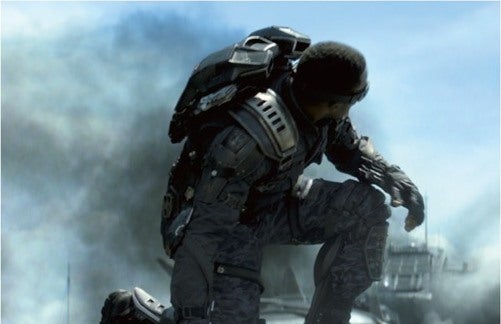 If you introduce new heroes, get it right. On that note, let's have an awesome Falcon. While Black Widow was alright in Iron Man 2, she didn't actually feel like Black Widow until The Avengers. This movie looks like it has a ton going on, so if you're going to take time out to introduce one of Cap's most beloved supporting characters and one of the Marvel Universe's most popular African-American superheroes, you've got to make sure you're giving Falcon (and Winter Soldier, for that part) the kind of time and attention they need.

Robert Redford Seriously--this guy is one of the greats. Don't waste him. Anthony Hopkins wasn't given a lot to do in the first Thor movie, and while he was more interesting in the second, he's now out there telling people that it was fun while it lasted but he doubts he'll be back at Marvel. It's unlikely Redford even gets a second movie. You want this guy to really shine; give him a Paul Newman-in-Road to Perdition style job to chew some scenery and remind people why you wanted him in the first place. Of course, if it were me, I'd just have somebody tell Cap, just before he jumps out of a plane without a parachute, that "the fall'll probably kill ya."