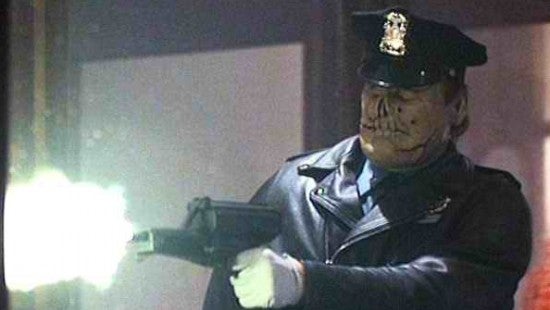 More than twenty-five years after the first one hit theaters, Maniac Cop is set for a remake at Wild Bunch, the production company announced today. Nicholas Winding Refn is producing the film with a screenplay by comics veteran Ed Brubaker, whose work has been translated to mainstream live-action in Captain America: The Winter Soldier and whose Gotham Central (with Greg Rucka) is expected to heavily influence FOX's upcoming Gotham TV series. A director will reportedly be announced at Cannes, in the hopes of getting a higher profile among media and investors. The 1988 Maniac Cop starred Bruce Campbell and spawned two sequels. The story revolves around an unfaithful husband -- a police officer -- whose wife is murdered by a serial killer in a policeman's uniform after she follows him to a motel and catches him in the act. Another cop, who believes his story, works to clear his name and catch the serial killer while the city descends into disorder, with civilians no longer trusting the police. The film takes a turn for the unexpected when it turns out the real killer is the undead form of a police officer jailed on trumped-up charges of police brutality after he got too close to uncovering corruption in the police department and city government.

Brian and Cheryl Henson on the Legacy of Labyrinth

Venom: Let There Be Carnage Fans Freaking Out Over Post-Credits Scene After Screening Event