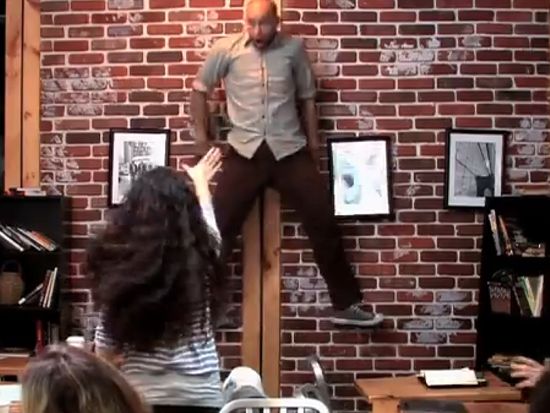 Two days ago, the marketing team for the movie Carrie launched what has become one of the most successful viral videos of all time. "Telekinetic Coffee Shop Surprise" has garnered over 12 million views on YouTube in just two days. The video shows a coffee shop that has been rigged to make it appear as if a girl in the store really has telekinetic powers. When another customer (actor) spills coffee on her laptop, she responds by using her powers to send him flying up a wall. She also uses her supposed powers to move tables, chairs, and books. While most of the customers in the coffee shop are actors, the video focuses on some supposed real customers who fall for the prank. However, there has been much speculation that even the supposed real customers might be in on the act. Regardless, the video has been a huge success for the Carrie marketing team. Carrie is scheduled to be released in movie theaters on October 18, 2013.