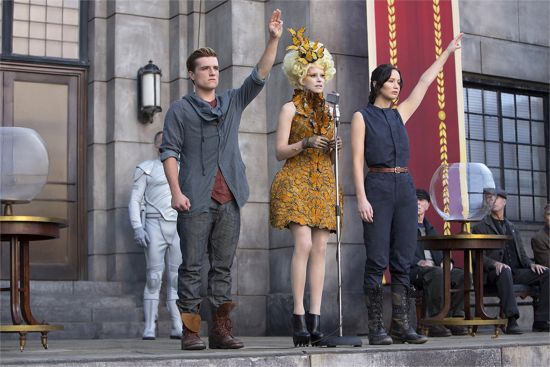 According to box office analysis at both Deadline and Box Office Mojo, Disney's latest animated film Frozen is expected to take the #2 spot at the domestic box office this weekend, beaten out by last week's #1, The Hunger Games: Catching Fire. While Frozen is performing as strongly or better than expected, fellow new release Oldboy is getting its butt kicked, mostly because it's getting a fairly limited release. The Spike Lee-directed remake of the Korean cult hit has managed only a 44% on Rotten Tomatoes amid reports that the studio made Lee cut a significant amount of the movie and neither they nor he ended up satisfied with the final product. Box Office Mojo is expecting Catching Fire to generate a $62 million weekend and a $95 million over the five-day holiday weekend, while they're calling for a $44.7 million/$63 million opening bow for Frozen. Deadline expects it to be even bigger, and even closer, with the five-day weekends bringing in $100 million and $85 million, respectively. Thor: The Dark World should make a little over $15 million for the five days, a big step down from its opening weekends but still pretty solid for a fourth-week release.