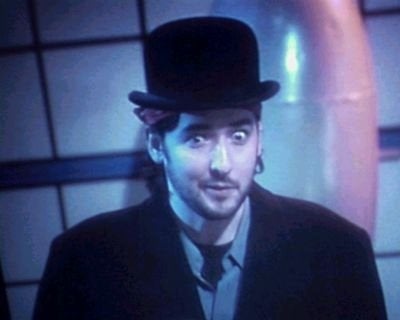 In a new interview in Total Film, out this week, Maps to the Stars star John Cusack, set to star in his second Stephen King adaptation in ten years (and appear in his third, if you count a cameo in Stand By Me), takes aim at the Hollywood blockbuster in a number of his answers, suggesting that there isn't much of value to many of them -- but he does have some nice things to say about Stephen King.

"I was trying to get into a movie that would be more successful so that I could do my movies," Cusack said of his blockbuster turn in 1997's Con Air, which also starred Ghost Rider's Nicolas Cage and RED's John Malkovich, one of three times Cusack has worked with him. "And it's alluring and you get a lot of money and they say it'll be a big mox office thing and things will change. I never saw the movie. And I was never like, 'This is going to be really good.' I thought maybe if people like it, it'll be kitsch or funny. I didn't have expectations like 'I'll be really proud of this.' I just thought, 'There's a lot of good actors and we're all selling out at the same time. It'll be cool.'"

He referred to superhero films a couple of times as shorthand for massive studio films; once when he said that he doesn't go to the movies anymore because he doesn't have any interest in seeing a parade of advertising, followed by a trailer for Captain America 5, and once in talking somewhat more seriously about the nature of the industry and the way mid-budget films like The Grifters don't seem to exist anymore.

"I was in Puerto Rico and I saw John Malkovich," Cusack explained. "He goes, 'The movie business we were in 10 years ago? Thta's gone. There's nothing.' So there's just The Avengers. The studios make the Supermans and the Batmans and the Tarzans. There isn't the $10m or $15m or $20m movies that are for adults and take a risk. It's now gone to cable TV. They've started to serialize adult content."

He doesn't mind the popcorn nature of Stephen King's novels, though, saying that the author is interesting.

"King's great to adapt," Cusack said. "His ideas are vital. He dreams things before they happen -- like, culturally. He's ahead of the curve. He's cavalier in the way he churns out his books, but they're very resourceful. I enjoy working with him."

Maps to the Stars is directed by David Cronenberg, who ironically stirred up controversy in 2012 by repeatedly disparaging Christopher Nolan's Batman films and comic book movies in general, dismissing them as kids' stuff in spite of having directed one -- A History of Violence.

"I don't think they are making them an elevated art form. I think it's still Batman running around in a stupid cape," Cronenberg said at the time. "I just don't think it's elevated. Christopher Nolan's best movie is Memento, and that is an interesting movie. I don't think his Batman movies are half as interesting though they're 20 million times the expense. What he is doing is some very interesting technical stuff, which, you know, he's shooting IMAX and in 3-D. That's really tricky and difficult to do. I read about it in American Cinematography Magazine, and technically, that's all very interesting. The movie, to me, they're mostly boring."

Cell's John Cusack: Stephen King Is Ahead Of the Curve