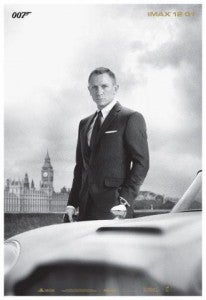 The Daily Mail is reporting that The Dark Knight director Christopher Nolan is in talks to direct the next James Bond movie. "It's early days, but informal talks have begun between Nolan, his representatives and the powers behind the James Bond pictures, Barbara Broccoli and Michael G .Wilson," the report says. Skyfall director Sam Mendes was Broccoli's first choice, and was briefly reported to be in talks, but later said that the thought of going back to James Bond again made him "physically ill." The franchise turned 50 this year, resulting in a box set filled with all of the pre-Skyfall Bond films being released.