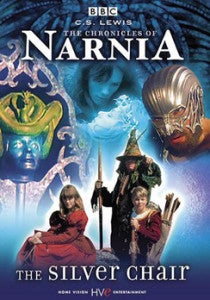 In spite of the fact that the second and third films in the franchise were disappointing at the box office, The Mark Gordon Company and the C.S. Lewis Company have struck a deal to jointly develop and produce The Chronicles Of Narnia: The Silver Chair, a follow-up to the franchise that last appeared with The Chronicles Of Narnia: The Voyage Of The Dawn Treader, which Fox released in 2010, Deadline reports. "I have a great deal of respect for Mark Gordon's work and am confident that together we can bring the beauty and magical delight that Narnia engenders in the hearts of those who read the books to the screen in The Silver Chair," said Douglas Gresham, the grandson of the book's author, C.S. Lewis. "I am very much looking forward to diving once more into Narnia, this time with Mark Gordon and his team." "Like many readers, both young and old, I am a huge fan of C.S. Lewis's beautiful and allegorical world of Narnia", Gordon said. "These fantasy stories inspire real-world passion among millions of devoted fans around the world. As we prepare to bring the next book to life, we are humbled and excited to contribute to the outstanding legacy of Narnia."

Chronicles of Narnia: The Silver Chair in Development