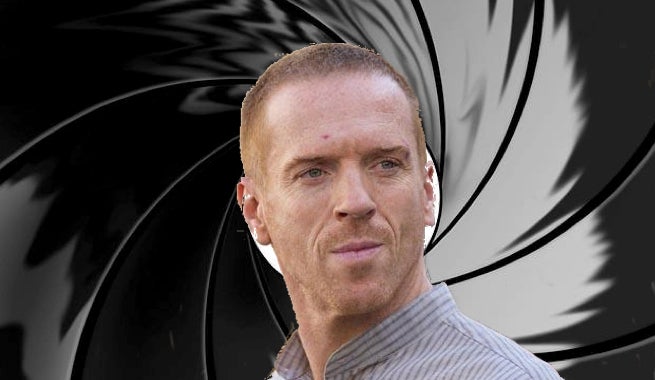 William Hill, one of England's largest online betting and gambling venues, dramatically cut the Homeland star's chances of becoming the next James Bond. While Lewis previously has a 25/1 chance of donning the famous bowtie after Daniel Craig, he now has a lethal 3/1 chance. With a license to kill, Lewis jumped ahead of crowd leaders like Idris Elba (5/2 chance), Tom Hardy (4/1 chance) Henry Cavill (5/1 chance) and Michael Fassbender (7/1 chance). (As a side note, Lewis is the only candidate on this shortlist who hasn't starred in a comicbook movie. Maybe MI6 has no patienece for tights?)

"This is an unprecedented gamble, as for no apparent reason we have seen bets of up to £200 [$312] on Damian Lewis being named as the next Bond. This could well be significant and might herald the end of Daniel Craig as the world's most famous spy," a William Hill spokesperson told The Hollywood Reporter.

But the move wouldn't be as rogue as Lewis' former character on Homeland, Nicholas Brody. The actor has said in the past that he'd like to play the famous MI6 agent.

Would you like to see Damian Lewis as the next James Bond? Let us know in the comments!

Spectre, the next Daniel Craig-starring Bond film, opens on November 6.

Damian Lewis' Odds Of Becoming The Next James Bond Are Improving