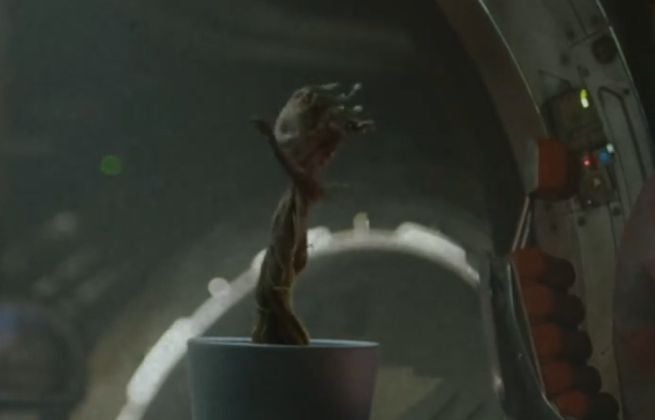 By now, everyone has either heard about or seen the scene in Guardians of the Galaxy where baby Groot dances to the Jackson 5's "I Want You Back." Well, what if director James Gunn had decided to go with a different take on the music?

An enterprising YouTube user named Luke Gibson took the dancing Baby Groot scene and edited it in with some headbanding music. The video is a parody of Roots Bloody Roots by Sepultura.

Not quite the same feel as the orginal, is it? Guardians of the Galaxy 2 is scheduled to be released in movie theaters on July 28, 2017.