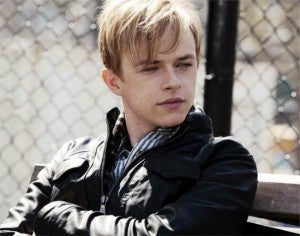 While it's been rumored that Dane DeHaan was up for the role of Harry Osborn in The Amazing Spider-Man, it has now been confirmed by none other than director Marc Webb himself. Following a new trend of directors announcing casting decisions via Twitter, Marc Webb tweeted "Meet Harry Osborn. @danedehaan. pic.twitter.com/oi4Ql6nQ". Dane DeHaan also confirmed landing the role via Twitter. DeHaan tweeted, "To say I'm excited is an understatement. #HarryOsborn #ASM2". After the announcement via Twitter, Sony/Columbia Pictures also put out a press release to confirm the news. Sony announced that Dane DeHaan would be joining the cast along side Andrew Garfield, Emma Stone, Jamie Foxx and Shailene Woodley. In the press release, Webb is quoted as saying, "Dane is an exciting and extraordinary young actor and he is a fantastic addition to our cast." DeHaan seems to be an actor on the rise, as he appeared in four movies in 2012: Lincoln, Lawless, Jack & Diane, and Chronicle. Comic book fans likely remember him best for Chronicle, which was the surprise hit superhero movie directed by Josh Trank. The Amazing Spider-Man 2 is set for release in theaters on May 2, 2014.