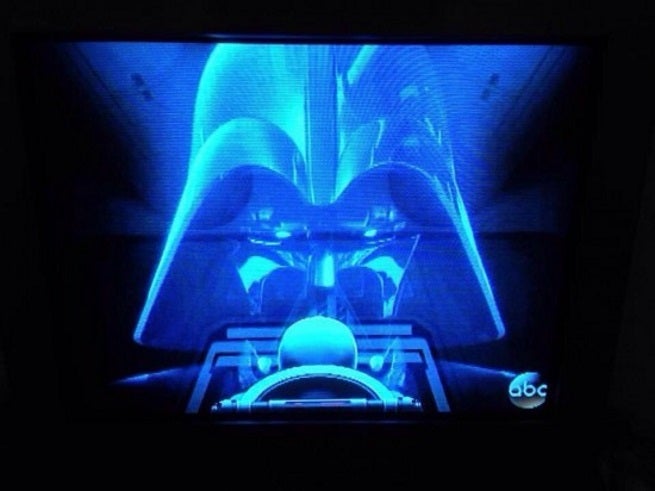 Presumably on a platform something along the lines of "still not as evil as the competition," Sith Lord Darth Vader is running for Parliament in The Ukraine.

Darth Alekseyevich Vader, nee Viktor Shevchenko, is running in full costume and flanked by Storm Troopers as a candidate for the Internet Party.

"When I get to parliament, I will expel all the deputies. They have proven their uselessness," Vader told the Associated Press. "Computers will work in their place and they will fulfill their functions without cease."

Vader, who refuses to remove his helmet to show his face, was not allowed on the presidential ballot in May for that reason. Ironically, the AP notes that he's running on a platform of government disclosure and transparency.

"A military space station will be built," he said, "that will protect the whole territory of Ukraine."

Darth Vader Running For Parliament In The Ukraine