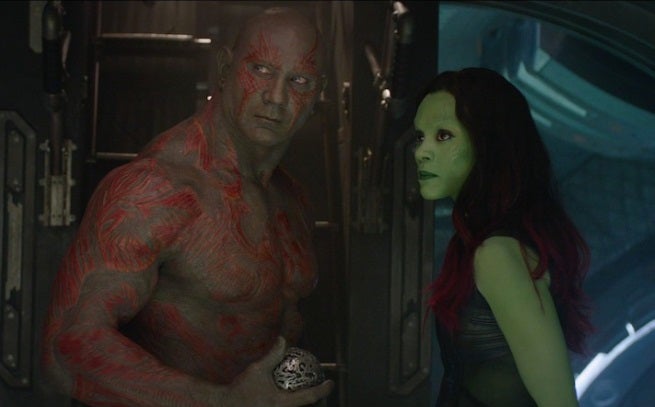 At Fan Expo Canada this weekend, Guardians of the Galaxy star Dave Bautista revealed a deleted scene from the film, which fans will get to see on the DVD.

However Bautista completely understood why the scene had to be deleted from the theatrical version of the film.

"Where they had it in the film, it's really a heart-breaking scene, and it would kind of killed the momentum of the film. For selfish reasons, there are certain scenes I would have liked in there, but they wouldn't have worked well. It would have slowed the movie down and messed up the pacing. And the pacing of Guardians is so perfect. And I'm saying that as a film fan. It wouldn't have worked," said Bautista.

We've embedded a ScreenRelish video of the segment from the Fan Expo panel below.