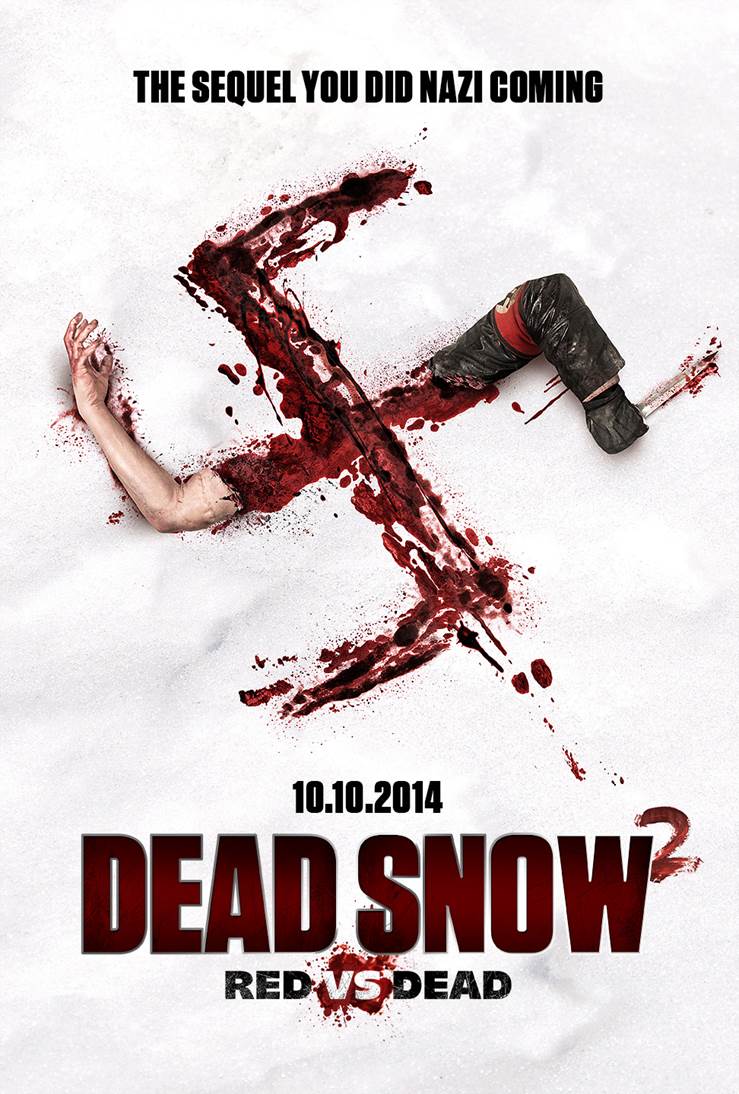 Depending on your particular sense of humor and mood, this is probably one of either the best or worst movie posters you've ever seen.

In support of Dead Snow 2: Red Vs. Dead, a sequel to a movie about Nazi zombies, the poster is...well, it's a swastika. Made up of severed limbs and blood.

Which is pretty much what you'd expect from a movie about Nazi zombies, if we're honest.

They're not just zombies. They're Nazi zombies.

And there's a lot of them. On the orders of a rotten Führer, the zombies from Dead Snow return to settle old German scores. In the continuation of the epic splatterfest from 2009, Martin, the sole survivor of the first movie, prove that there's more badass shit in Northern Norway than even Nazi zombies would be prepared for. The table is set for a massive revenge epic, where blood, guts, brains and throats are not the only things dredged up from the darkness. Old hatred never rots.