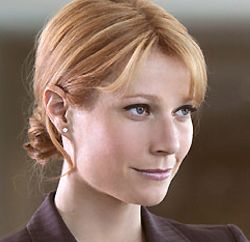 According to an AceShowBiz report, actress Gwyneth Paltrow let slip that she should begin working on the filming of the Iron Man sequel as early as late March. The announcement is said to have come straight from the actress in the form of the March 12th Edition newsletter of Paltrow's personal blog, GOOP.com. When one goes to Goop.com, there is a March 12th entry on Paltrow's blog about movies, entitled "Favorite Films." Under the section for Iron Man director Jon Favreau's picks, it says "I can't wait to start Iron Man 2 in two weeks and hang out with him every day." Paltrow's announcement contradicts Marvel's announcement that filming on the sequel would begin in April. Last month, I reported that the film's chief set designer was involved in an Iron Man 2 plot leak during an interview with NPR. Since the incident, Marvel Studios has increased its efforts to keep filming details under very tight wraps. So, could Marvel have announced the April film schedule as a rouse to prevent fans or the paparazzi from invading the set of Iron Man 2 until some major scenes were filmed. This move worked in the early 80s, when George Lucas filmed Return of the Jedi under the fake film name of Blue Harvest in order to prevent plot details from being leaked to the public. Due to the high profile of the film, fans should not be surprised if Marvel takes steps to prevent leaked details about the film.