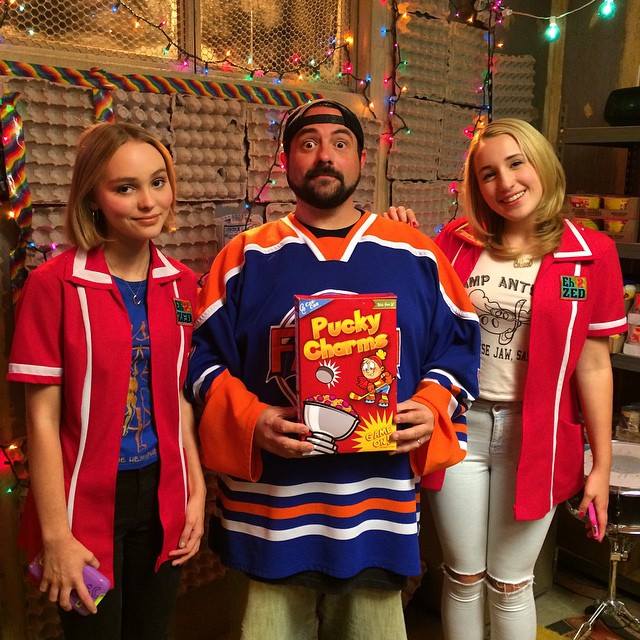 Filmmaker Kevin Smith doesn't look so heavy for a guy with a podcast called Fatman on Batman and a comedy special titled Too Fat For 40.

The director has struggled with his weight throughout his career, often gaining and losing dramatic amounts between films, and given both his self-depreciating style of humor and that one time he was kicked off an airplane, it's become one of his signature characteristics.

Having posted the photo above earlier today, though, a number of fans noted that he'd dropped a significant amount of weight recently (something we noticed when we interviewed Smith at Comic Con -- you can see video here). After a few inquiries, Smith chimed in with the following explanation:

True story: on Tusk, I learned how to lose weight WHILE making a movie. The secret is to not eat sugar and stand all day. I never sit behind the monitor: I'm always moving now. I've been wearing a Jawbone bracelet and using the UP app to count my daily steps and every day this week, I've averaged 12,000. That's close to walking 5 miles a day. I NEVER walk 5 miles a day EVER. So while I stand there every day making this weird little movie with my kid and her friend in it, I've been quietly cutting pounds in the process. This is why I've been stringing so many movies together lately: filmmaking, for me, has proven to be an excellent exercise regiment.