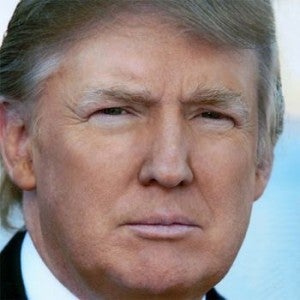 Remember back in August when Warner Bros. officially announced Ben Affleck as Batman and the Internet erupted in outrage. There were angry tweets and White House petitions, and pretty much everyone had something to say. Well, it appears word of the casting and the subsequent outrage has just now reached Donald Trump. Earlier today, Donald Trump tweeted, "Everyone should calm down. @BenAffleck is going to do a great job as Batman." Why Donald Trump is telling everyone to calm down nearly a month after the uproar we're really not sure. With everyone and his brother already issuing statements of support for Ben Affleck, Trump seems to be kind of late to the party. It's the whole Justin Bieber as Robin joke that has the Internet in an uproar most recently, so it would have been more timely for Trump to have told people to calm down about that. Maybe, Trump had to take some time to think about it and make up his mind on where he stood on the Batman casting. Or maybe he's just now hearing about it due to the recent burst of news over Ben Affleck talking about the Batman backlash on Late Night with Jimmy Fallon. Regardless of the reason for Trump just now addressing the situation, just know that The Donald wants all you fanboys out there to calm down.

Everyone should calm down. @BenAffleck is going to do a great job as Batman. — Donald J. Trump (@realDonaldTrump) September 18, 2013