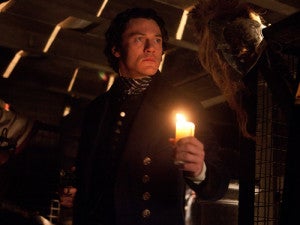 Universal Pictures's Dracula: Year Zero, which had been set for a release on August 8 of next year, has been pushed back to October 3, 2014, the studio announced today. Yesterday, rumors began swirling that the film would be the first tentpole film to be co-financed between Universal and their new partner Legendary Pictures. Legendary, who helped Warner Bros. finance dozens of movies over the last decade including the Dark Knight Trilogy, Man of Steel, Pacific Rim and next year's Godzilla, couldn't come to terns with Warners earlier this summer and announced in July that they would be leaving the studio for greener pastures. The film is an origin story that stars Luke Evans as the man who would become Dracula. Gary Shore is set to direct.