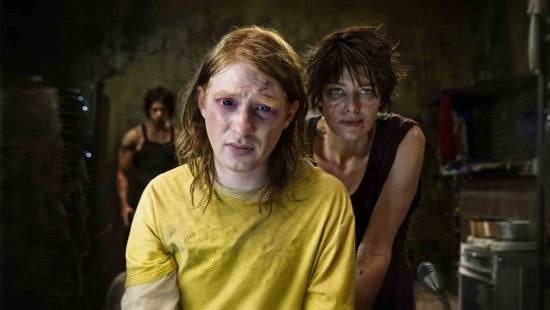 In a brief interview -- his first since it was announced that he will play a role in the forthcoming Star Wars Episode VII for Disney -- Dredd and Harry Potter actor Domhnall Gleeson said that he learned of his casting just a day before the table read pictured above -- and that he can't identify his character, or he'll blow the whole story. "I'm still struggling to come to terms with [the casting]," Gleeson admitted. "It all happened really quickly for me. It was like the day before and then I'm at a table reading with Carrie Fisher, Harrison Ford and Mark Hamill. It was madness but it was great." In an interview with Dublin radio show 2FM (via CBM), Gleeson was asked whether he would -- as has been widely speculated -- be playing the role of Luke Skywalker's son. "I'm afraid if I say anything I'll give away the plot of the whole movie. I've got two years of this ahead of me. The movie is released in December 2015 -- that's the amount of time I have to keep my mouth shut!"