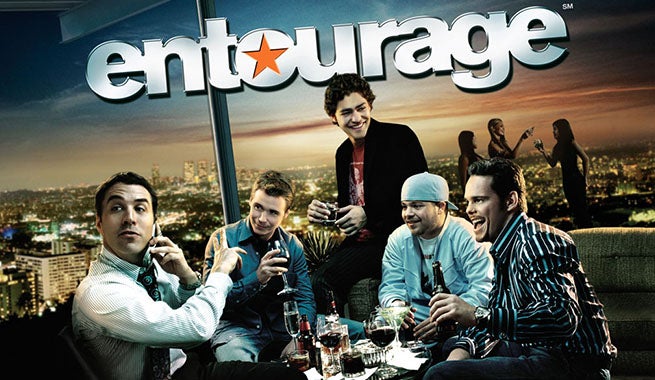 The boys are back in town. Entourage has made it's way from television and arrived theaters and giving us the chance to hang out with our old friends, Vince, E, Drama, Turtle, and Ari for the first time in almost four years.

As a series, Entourage aired for 8 seasons and racked up 96 total episodes. Our favorite group to live vicariously through saw ups and downs as Vincent Chase's Hollywood career would soar with hits and crash (hard) with failures and bad decisions.

In honor of Entourage's theatrical release, we decided to take a look at the five best episodes of Entourage from it's HBO days. After all, Vinny Chase did play Aquaman.

Ari wants Vince to work on his image… Little does he know he'll be dating Sasha Grey and endorsing a tequila brand in a few years, but anyway… The gang convinces Ari to tag along on a spontaneous trip to Vegas. Seth Green pops up and then pops up some more to give E a hard time about his past with E's girlfriend, Sloan. Vince loses $220,000 of his and Ari's money but goes back to the tables to win an epic round of Blackjack with over $300,000 on the table at once. Then, let's cap it off with Vince's boys fighting Seth Green's.

Vince's low points continue as his cars are repossessed and he is pitched a children's movie by Ari. Drama suggests some shrooming in the desert for Vince to get some clarity about what his next career move should be. Drama forces everybody to abandon their methods of their cell phones before they go on their trip together but our refuses and takes a phone call from his wife, winding up completely lost in the desert searching for service all the while Lloyd throws a party at the vacant Gold residence. The group's trip and search for signs of whether or not Vince should go through with "Benji," while Ari freaks out all alone under the sunset created arguably the best 30 minutes of Entourage.

Give A Little Bit

Perhaps the best cameo in all 8 seasons of Entourage belongs to Matt Damon who intensely bosses Vince into donating $150,000 "for the kids." Not to mention a cameo the King, LeBron James. As for the regulars, Ari became the head of the world's largest entertainment talent agency. After disputing the multi-million dollar purchase with his wife in therapy, ranting in epic Ari fashion about the people he wants to crush and somehow turning his speech into a heartfelt plea for support, Melissa gave Ari her blessing to go through with taking over the company.

There's also the fact that he blasted Adam Davies (Brandon Routh, who now plays Ray Palmer on Arrow) with paint balls full of spite and revenge. Let's not forget, Sloan and E got engaged in this season six finale.

The All Out Fall Out

Ari may not have been feeling financial pain, seeing as his wife got him a Ferrari for their anniversary, but we can't quite say the same about Vince. Entourage lured us in by pitching us a fantasy lifestyle but was never afraid to shake things up by also forcing us to ride with the boys through the low points, too. Vince had to look for work after finding himself bankrupt and found himself appearing at a Sweet Sixteen. In true Vincent Chase fashion, he made the most of it. To cap things off, the film Vince really wanted to bring to life - Smoke Jumpers - had it's first signs of life with Ed Norton showing interest in the film.

One Day In The Valley

The only thing cooler than being Vinny Chase would be having Vinny Chase come to your high school house party, right? Well, yeah, until he not only parties with you but also hands you the keys to a brand new Maserati. After going to check out his Aquaman movie in a public venue and finding out it's set to beat Spider-Man for the biggest box office opening despite California blackouts, Vince heads to a high school student's party and makes a pair of not-so-cool underage kids score big time with a pair of chicks they've been crushing on.

Which episode of Entourage is your favorite? Are you going to go check it out in theaters?

Entourage is now playing in theaters.