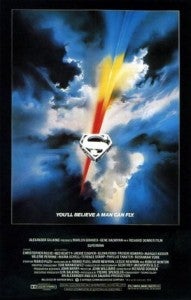 Durham, North Carolina will be the site for a film festival that promises a mix of nostalgia, science-fiction, animation and superheroics when the Escapism Film Festival brings in film goers during the weekend of October 16th-18th. Taking place at one of North Carolina's more historic theaters, the Carolina Theater, the Escapism Film Festival will feature 12 films, all rated either G or PG, that, according to Jim Carl, Senior Director of the theater, "Are too big-and too good-to be seen on TV. They must be seen on 35mm in a theatre in order to recapture the magical feelings associated with them." The films come from the 1960's, such as festival selection Planet of the Apes, the 70's, like Walt Disney's The Black Hole and the 80's, such as modern classic Back to the Future. The films were all selected by staff at the Carolina Theatre and reflect a sense of nostalgia for a group of films that, according to Carl, may not be around in 35mm format much longer. "It's difficult enough to find prints of older Hollywood films." said Carl, "Now imagine how much harder it is to find prints of lesser-known films like The Last Unicorn and Return to Oz (two other films being shown during the festival weekend.)" The theater will have a special treat for fans, as they will be showing the last surviving prints of both 1978's Battlestar Galactica and 1980's Flash Gordon. Carl also stressed the family-friendly atmosphere for the festival, saying that the films being shown are free of sex and gratuitous violence, making the experience of seeing this collection of films on screen even more magical for children. Other films being shown over the weekend include the classic, Christopher Reeve-starring Superman-The Movie, Dr. Strangelove, Escape to Witch Mountain, The Goonies, and It's a Mad, Mad, Mad, Mad World. Ticket packages are available, so check out the film festival's site to learn more!!