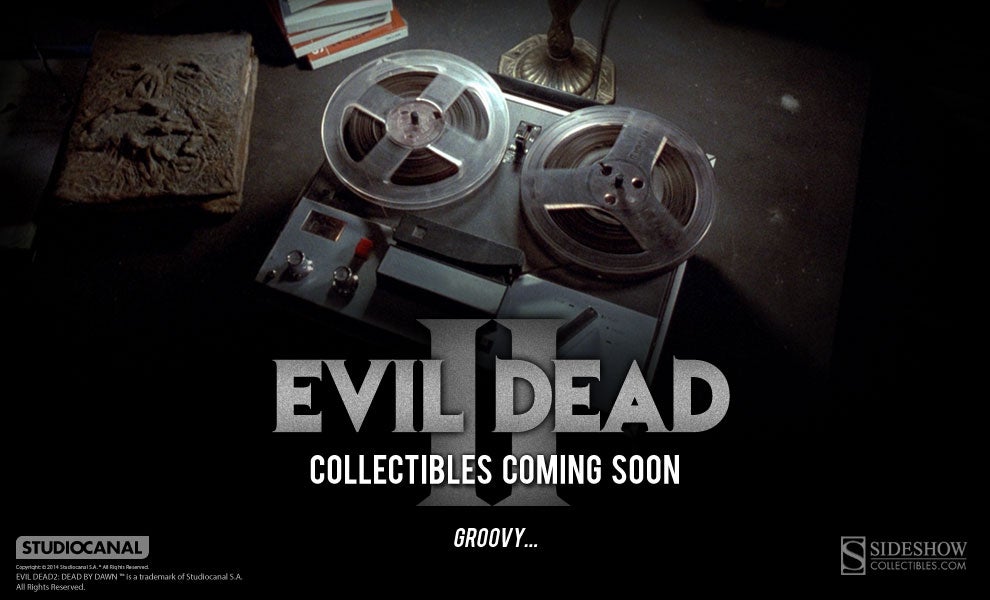 "Get your chainsaw, Olds Delta 88, ready to get your very own soul-eating collectibles soon! In the heroic words of Ash, 'Groovy…'" reads the official site for the line.

Army of Darkness, the most recent installment of the original Evil Dead series, is waiting on a sequel...and so is Evil Dead, the remake of the original, making this one of the only franchises ever to have two different versions coexisting (although X-Men has a bit of that going on now).