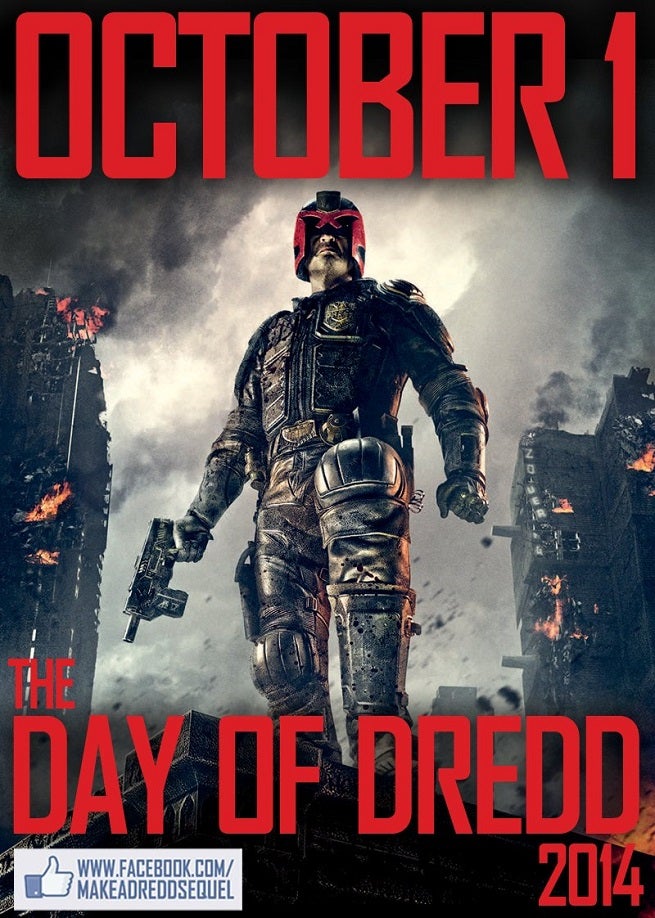 Fans of the beloved 2000AD adaptation Dredd 3D are launching a second annual day of action to drive revenue to home video and streaming services for the film in the hopes of getting a sequel.

Last year's "Day of Dredd" drove the film to the top of rental and sales lists around the world -- not bad for a movie that only made back about half of a reported $35 million budget when it was in theaters in 2012.

Note: The story originally misidentified the reported budget as $50 million. That was a number widely reported in the press, but included promotional costs as well as the production and was not the film's "budget." We regret the error.

"This is a fan-created, fan-run, fan-made campaign and that's who makes it so special - the fans. Let's show Hollywood that we've not gone away and we're not going to take no for an answer. We want more of our favourite movie!" Said the Make a Dredd Sequel Facebook page moderators in a statement. "So, next Wednesday we're calling on everyone to shout about DREDD - buy it again on DVD or Blue-Ray, get it back up those charts or, even better, get it sold out! Watch it with friends, talk about it online, share it on your Facebook and Twitter accounts with the hashtag #DayofDredd, encourage your favourite news outlets to cover the big push, even wear your DREDD suit when you go shopping! It all helps keep DREDD in the public eye."

Ever since Dredd was in theaters, those who love it have been campaigning for a sequel to the Karl Urban-starring science fiction film. Urban himself, as well as producers for the film, have repeatedly said they still want to make one, although they acknowledge that its poor box office performance and fractured rights ownership are a barrier that would have to be overcome.

Dredd is available for streaming on Amazon Prime and Netflix, and for rental and purchase on numerous digital services as well as on Blu-ray and DVD at retail stores.