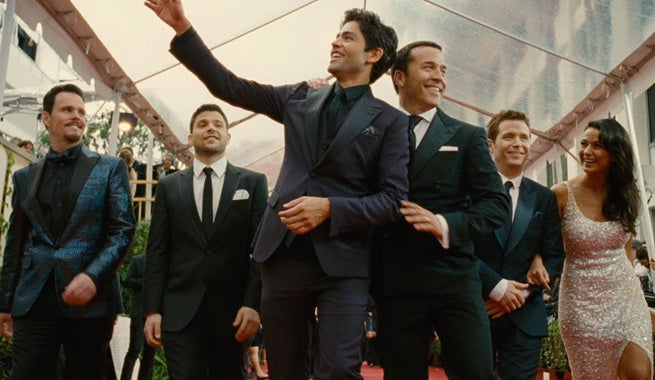 Last night, ComicBook.com attended an advanced screening of the new Entourage movie in a theater packed full of members of the general public. Afterwards, we caught up with a few of them to see what they thought about the gang getting back together for the first time since the series finale in 2011.

Join us in the video below to catch some immediate reactions and fresh thoughts!

"Awesome," "Amazing," and "Eclectic," are the analyses from the audience sitting beside us. Several different choices as far as best character, but unanimously agreeing that you should go see Entourage.

The most important question, though, was whether or not viewers had to have watched the entire Entourage series to really understand the movie. While some say it would enhance the experience, everyone agreed the movie can stand on it's own two feet.