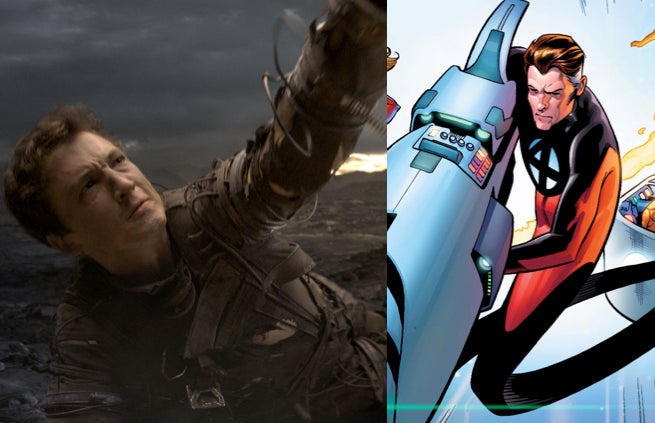 In a new interview with Moviefone, Divergent franchise actor Miles Teller spilled some details about the forthcoming reboot of Fantastic Four, praising what he's seen of the film and saying that the movie will flesh the characters out more than they have been in previous iterations.

That said, it won't be all quiet contemplation; there's got to be some clobbering time in there, too.

"The more superhero stuff you get to do, the cooler it is," Teller said of the already-scheduled sequel. "We'll see what happens, but yes, absolutely, as the thing evolves they should start to materialize to the Fantastic Four people more readily associate with."

He seemingly evaded a question about whether director Josh Trank will return, opting instead to weigh in on executive producer Simon Kinberg, who also works on the X-Men and Star Wars franchises.

"I don't know," he admitted when asked whether Trank would return for the sequel. "I'm assuming Kinberg is going to be back because he is so good at creating those worlds. He's invaluable to Fox. He's really smart and seems to have a good handle on these worlds and what he was able to do with X-Men and being able to re-energize that with the younger cast."

Trank, of course, has been rumored to be "out" as director almost since the film started filming, with rumors circulating that he had serious on-set problems that resulted in more-than-usual reshoots being required in post-production.

A contemporary re-imagining of Marvel's original and longest-running superhero team, centers on four young outsiders who teleport to an alternate and dangerous universe, which alters their physical form in shocking ways. Their lives irrevocably upended, the team must learn to harness their daunting new abilities and work together to save Earth from a former friend turned enemy.

Fantastic Four's Miles Teller: "The More Superhero Stuff You Get to Do, The Cooler It Is"