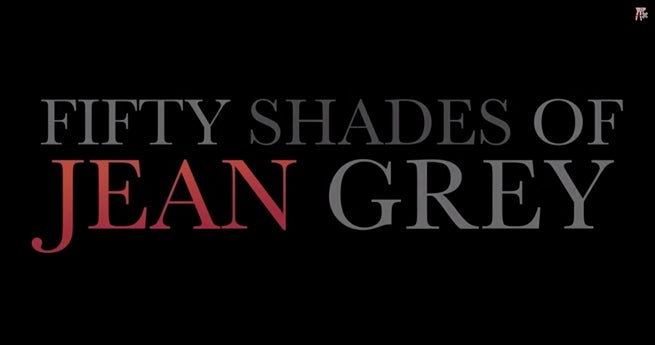 The trailer takes the voiceover from the Fifty Shades of Grey trailer, but switches out the footage for clips from the X-Men films, replacing the kinky romance between Fifty Shades' Anastasia Steele and Christopher Grey with one between Jean Grey and Wolverine.

It's a little ironic to see, considering Fifty Shades of Grey's origin as Twilight fan fiction.