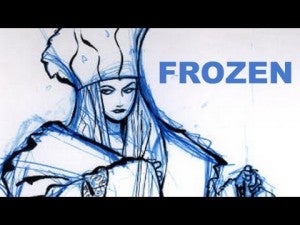 Walt Disney Animation announced today that they've added three new members to the voice cast of Frozen, their upcoming animated feature film. Firefly's Alan Tudyk was among those joining the film's cast, as well as Josh Gad and Santino Fontana. According to Disney, Gad provides the voice of Olaf the snowman; Fontana lends his vocal talents as Hans; and Tudyk joins the film as the voice of the Duke of Weselton. The trio joins Veronica Mars star Kristen Bell, Idina Menzel and Jonathan Groff in the epic adventure, directed by Chris Buck and Jennifer Lee, and produced by Peter Del Vecho. Both Tudyk and Gad recently had big openings in their schedule, as Tudyk left ABC's Suburgatory amid budget cuts to the show and Gad's 1600 Penn was cancelled. Frozen is slated for the big screen Nov. 27, 2013, and will be presented in 3D in select theaters.