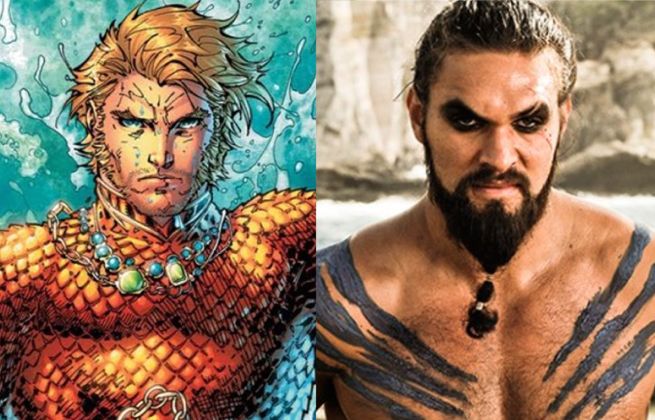 After months of Jason Momoa denying that he's playing Aquaman, Warner Bros. CEO Kevin Tsujihara outed the actor as Aquaman during a Warner Bros. shareholder meeting. Now, with the cat officially out of the bag, Momoa appears to be embracing the role of Aquaman.

Probably not, as Momoa is appearing at Walker Stalker Con in Atlanta this weekend. It's likely the comic book is probably something one of his fans brought to his table to have signed.